THE MEN IN THE ARENA PODCAST

The Men in the Arena podcast is the #1 Spotify ranked podcast for Christian men, designed for Christian men in the stress bubble of life: married, with kids, building your career and trying to follow God and lead your family well. We'll help you become your best version, equipping you to honor God in your marriage, parenting, work, church and community!

Thursday's podcast is a high-octane interview with an expert in the realm of masculinity and Christian manhood, with authors like John Eldredge, Gary Chapman, Gene Getz, Patrick Morely, and Emerson Eggerich. We read their books and boil down their teachings into a powerful interview to help you learn from their expertise.

Monday's podcast is Equipping Men in Ten - a ten-minute, laser-focused teaching from Jim Ramos to help you become your best version of a man.

Your host is bestselling author and speaker Jim Ramos. Jim has authored 9 books, including the #1 Amazon bestseller 'Strong Men Dangerous Times', 'Tell Them: What Great Fathers Tell Their Sons and Daughters', ‘The Field Guide: A Bathroom Book for Men’, and the 5-book Strong Men Study Guide Series for men's small groups. Jim's high-energy storytelling and conviction will call you out, build you up, and motivate you to change.

The Men in the Arena are calling you into the Arena of manhood. We're calling you out of the faceless, nameless bleachers, and calling you UP to be the best version of you. Because when a man gets it, everyone wins. 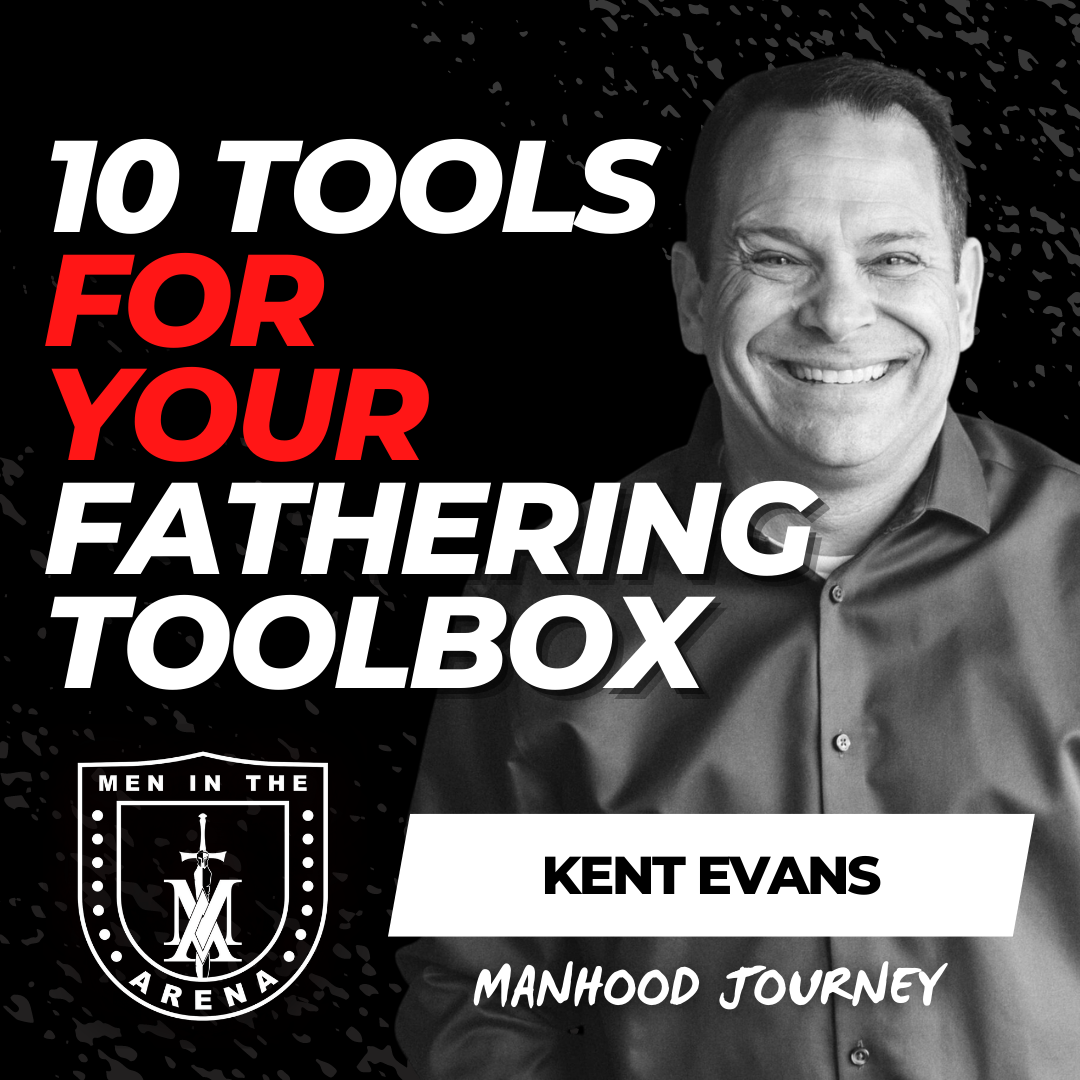 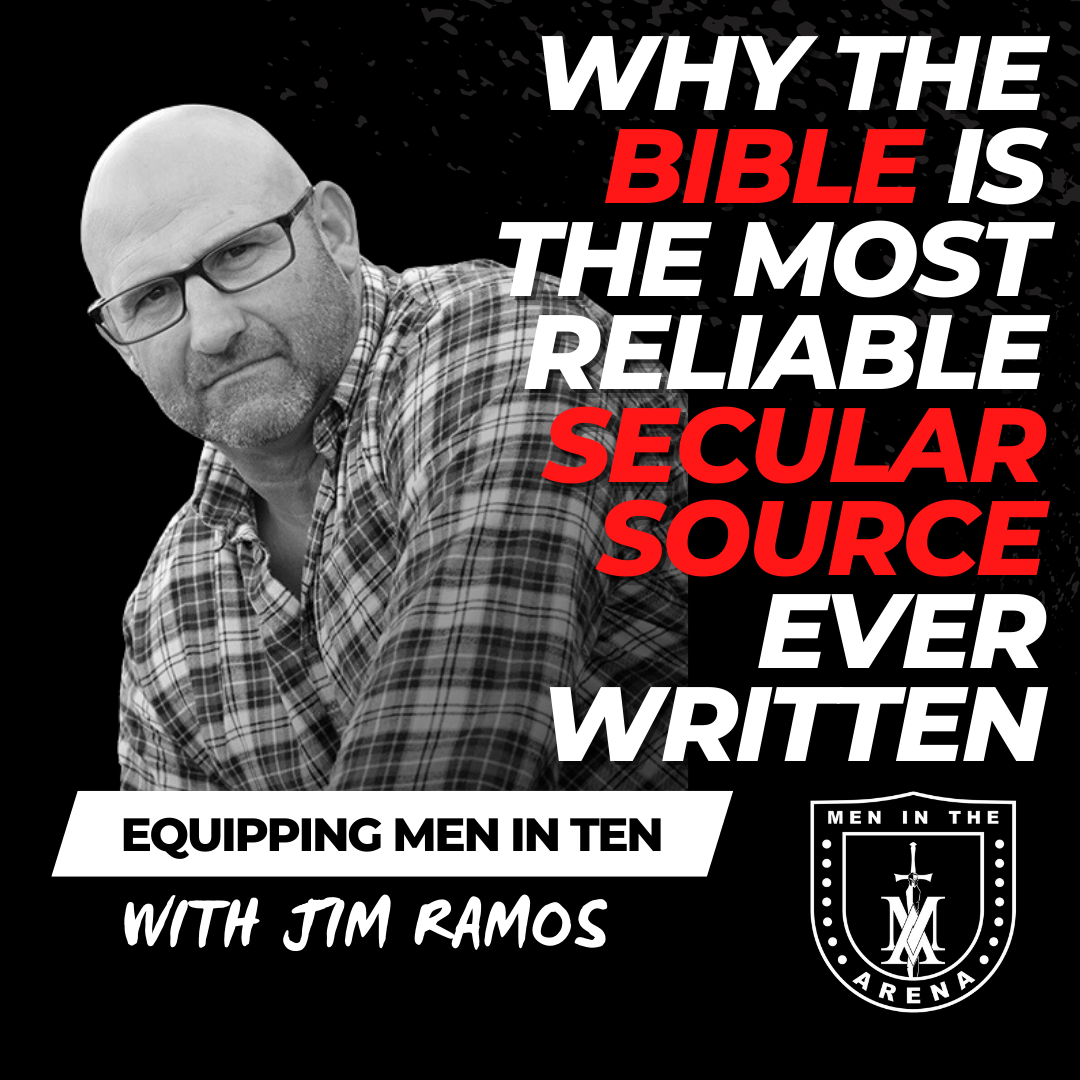 In part three of his series on why you can trust the Bible, pastor Jim Ramos measures the Bible against every other book in history and explains the concept of 'historicity.' He teaches you why, even from a secular perspecti…

Bonus Episode: Jim-Ramos Preaching at Yamhill Christian Church: You're Getting Hospitality All Wrong

Jim Ramos preaches on "The Hospitable Man" from Titus 1:7-8 and 1 Timothy 3:2. What you thought was hospitality may be blown up by what the scripture actually means.   of Jim's Newest Free Book Download! 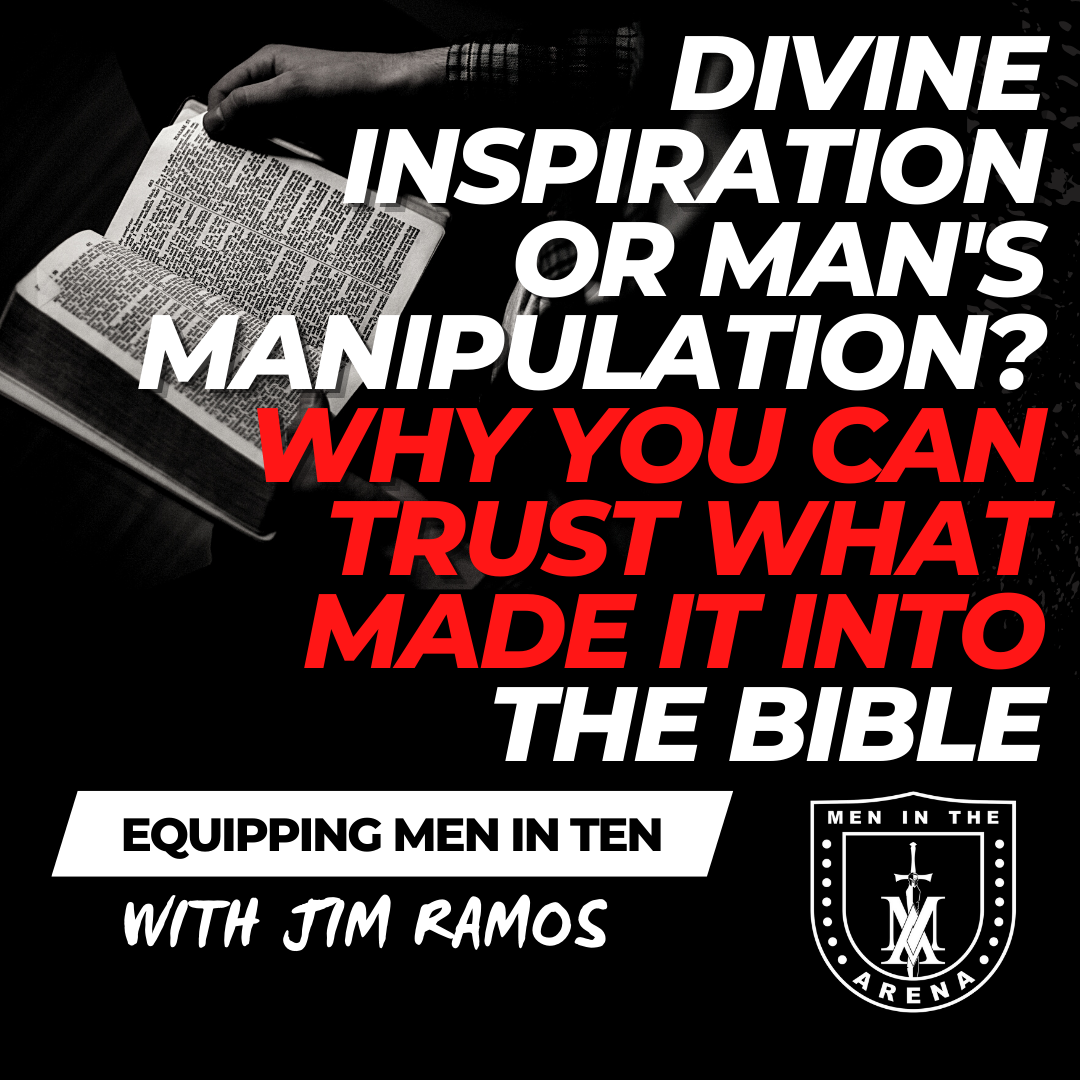 Divine Inspiration or Man's Manipulation? Why You Can Trust What Made It Into the Bible - Equipping Christian Men in Ten EP 597

If the Bible was written by mere men, then how can you call it the inspired Word of God? In Part 2 of his series on trusting the Bible, Jim Ramos explains why you can trust that the Bible is from Him, and can trust how the c… 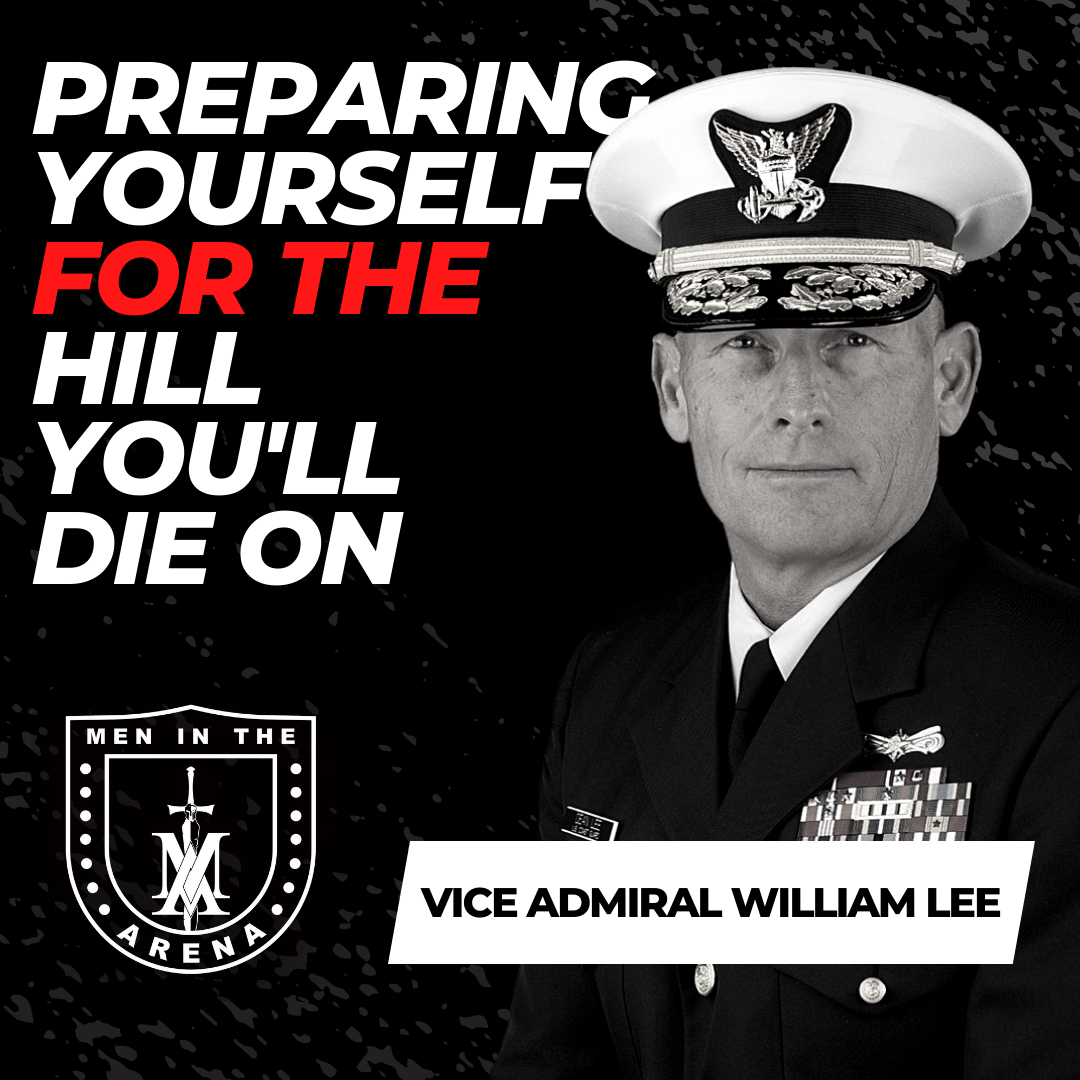 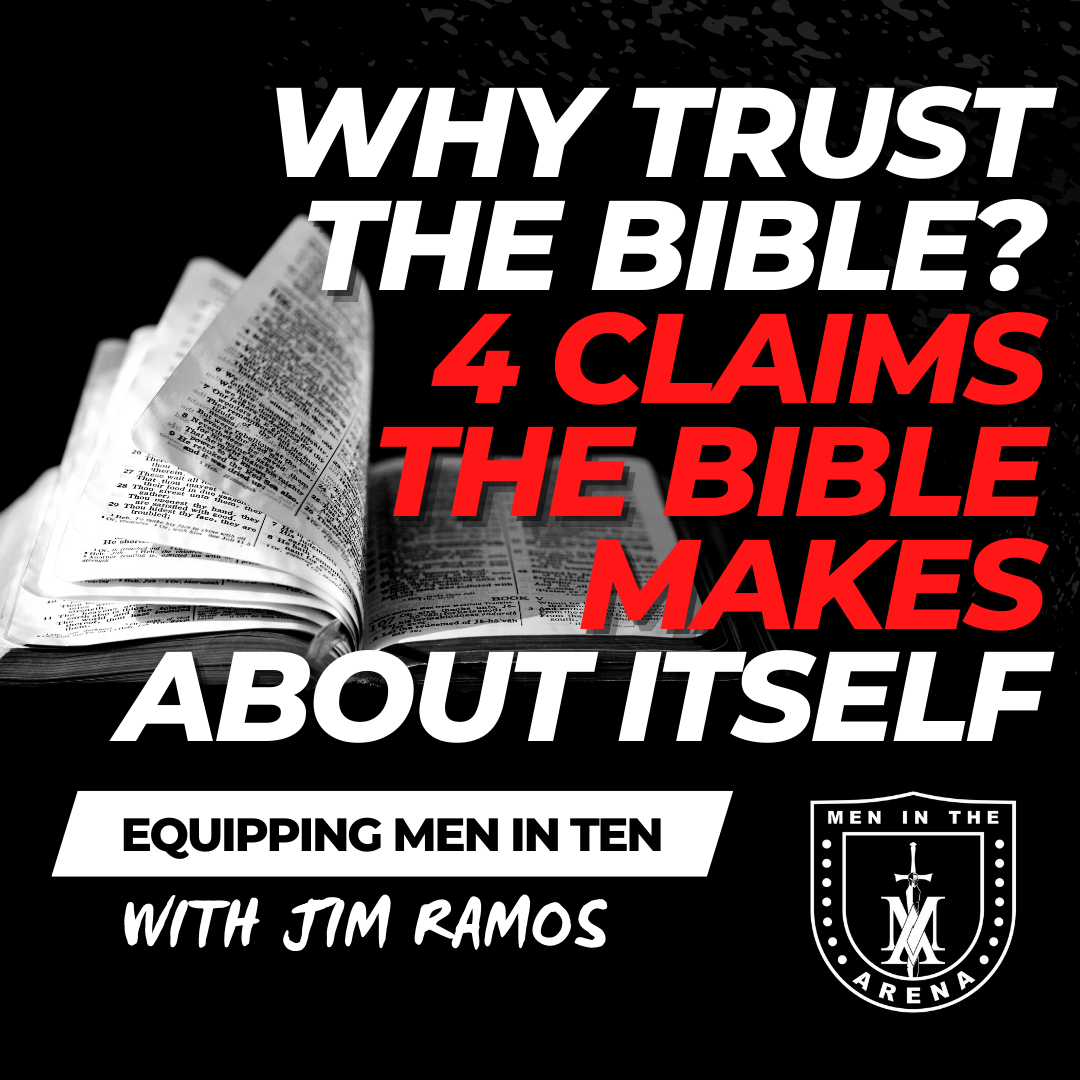 Why Trust the Bible? 4 Claims the Bible Makes About Itself - Equipping Christian Men in Ten EP 595

Ask Me Anything Episodes

When A Man Gets It Episodes

Men On The Roof Episodes

Why You Can Trust The Bible Episodes 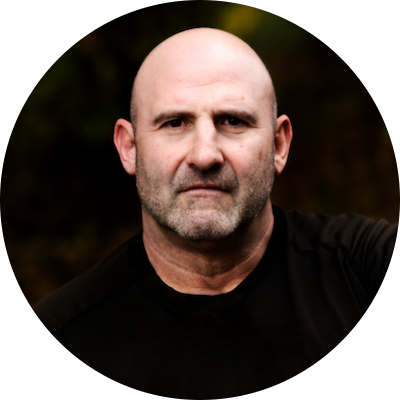 Founder and CEO of Men in the Arena

Jim Ramos is a bestselling author, speaker, and the founder of Men in the Arena, a non-profit Christian ministry focused on equipping men to honor God in their leadership of their family, church, and community.

He hosts the weekly Men in the Arena Podcast, interviewing experts in the realm of manhood and partnering with thought-leaders like John Eldredge, Gary Chapman, Gene Getz, Patrick Morely, and Emerson Eggerich.

Often called "one of the pioneers of digital men's ministry," Ramos ministers to a social media community of more than 100,000 men through TikTok, Instagram, and the 12,000-strong Men in the Arena Facebook Group, and founded a worldwide network of Men in the Arena virtual teams, where men support each other as they work to become their best version.

He and his wife Shanna live in McMinnville, Oregon. They have three adult sons and the cutest granddaughter you’ve ever seen. Jim loves the outdoors (especially hunting with sons James, Darby, and Colton), doing anything with Shanna, and listening to men share their story over a dark roasted Americano.

"I am routinely amazed and challenged by this podcast and Jim Ramos. First of all, this guy reads EVERY book he interviews someone for. You can tell some of the guests are even shocked that he actuall…"

Fabulous! If your a man serious about living like one

"I look forward to listening to this podcast a couple of times a week. First thing in the morning I do my devotions, then listen to the newest episode. Every episode has been relevant, convicting, and…"

"If you want to learn how be a better man of God, a better husband & father this is the podcast for you. Real life application from imperfect men who have figured out that godly submission isn’t just …"

"I’ve been married for 8 years, I have two kids. Listening to this podcast has me constantly thinking and rethinking the way my household is run. It’s been instrumental in making me the man my wife ne…"

Thank you! A great Guide to Grow real MEN!

"This is truely an inspiration. In a mans world I have been told I’m a “Man”, but really I was nothing. I greatly appreciate this podcast and others I listen to, to help guide me on the path of being …"

By kenneth.mccoy on July 23, 2020 via Apple Podcasts
See all reviews